Fundraising My Way to Maribor, Slovenia for the WYCC:

This is the story of my summer 2012 and what happened after I qualified to attend the World Youth Chess Championship in Maribor Slovenia.

First it was hard to imagine what going to a World Chess Tornament really meant until after I met and talked with many girls at the CYCC who flew to BC to compete. The first girl that really made an impression on me was named Jamie, and she was from Toronto. I understood that she hadn’t been playing chess for long and yet she was trying to make it to the WYCC. I was very impressed with her and her family for her determination and for how cheerful the whole family were through all her games that weren’t always a win for her. The second girl to make a lasting impression was named Sangeeta and she was a very talented chess player from Washington US, with a dedicated father that had plenty to tell me about the best way to train for tournaments. I think that making friends during tournament and hearing about the different ways to prepare was the beginning for me wanting to travel to Slovenia and compete in the WYCC.

It is a big deal to go to a World Chess Tournament and to participate means you have to be very good and very prepared.

I want this more than anything, to play chess with the best players in the world for my grade, and to be amongst the best youth players. I can imagine the energy and the people I would meet.

A day after qualifying I found myself playing in the Canadian Open a 6 day tournament held in Victoria, BC. I love Victoria and enjoyed the Grand Pacific Open Chess Tournament not too long before. Really if we thought about it properly my mom said we would not have done this tournament and began saving for the WYCC immediately. We were told it could easily be up to $8,000.

..And so began my summer of 2012, Chess Fundraising my way to Slovenia.

The first fundraiser began in Victoria during the Canadian Open, selling freezies at the Harbour. I only sold a few as really I had to play in the tournament and my brother Jacob and his friend Simon had fun trying but I think they ate more than they were selling. A man named Mike Hill a Jeweler from Victoria helped me set up a table beside his stand to sell the freezies. We stood in front of the water at the harbour and it was a beautiful summer day. 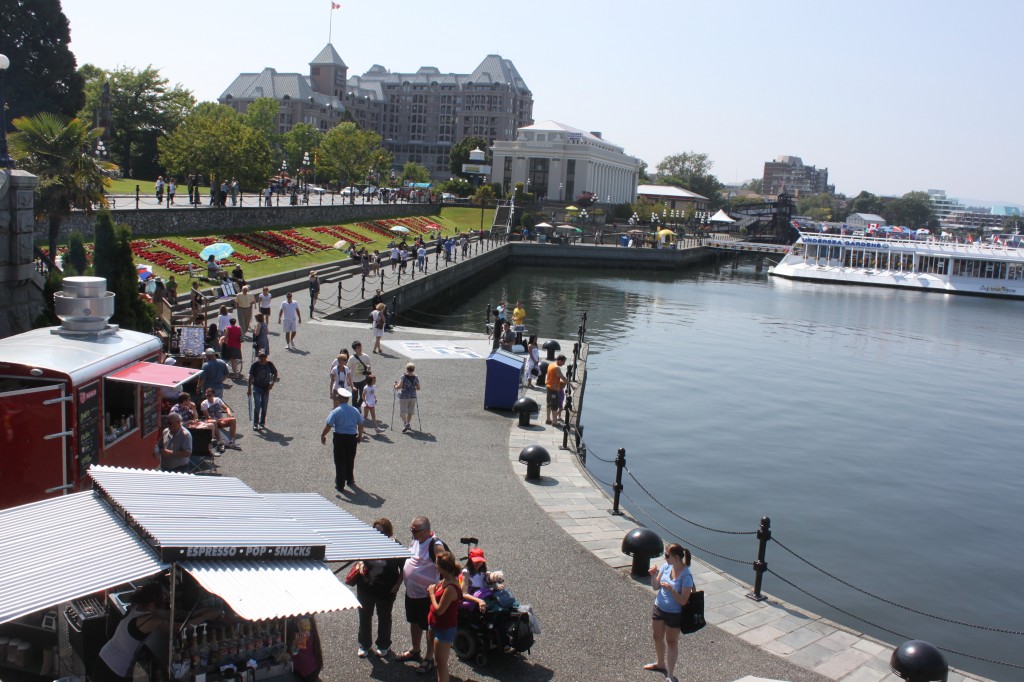 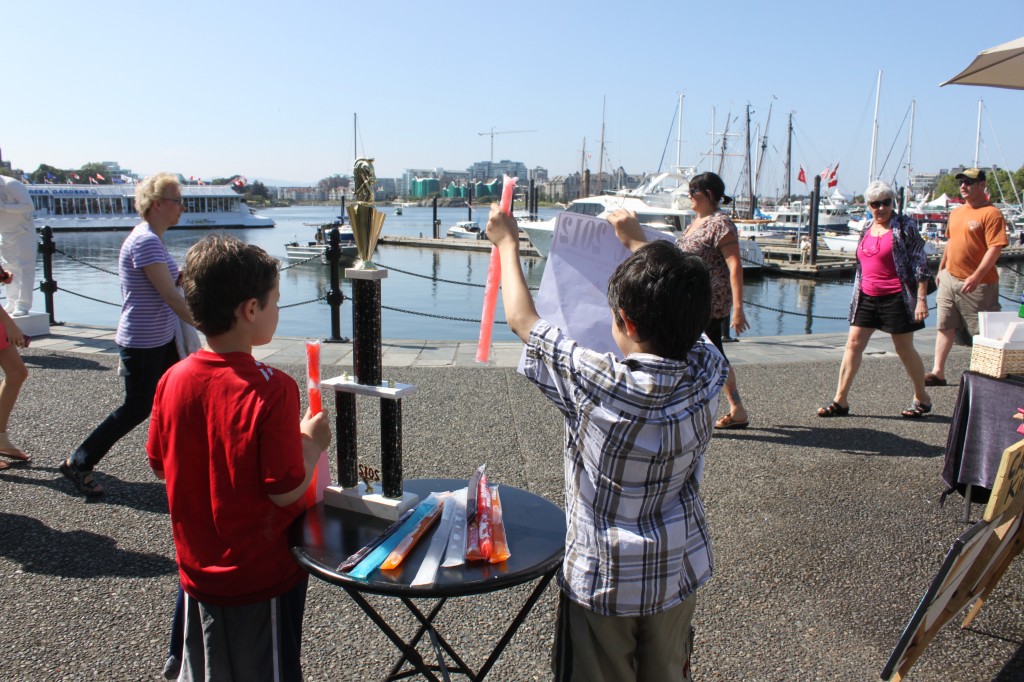 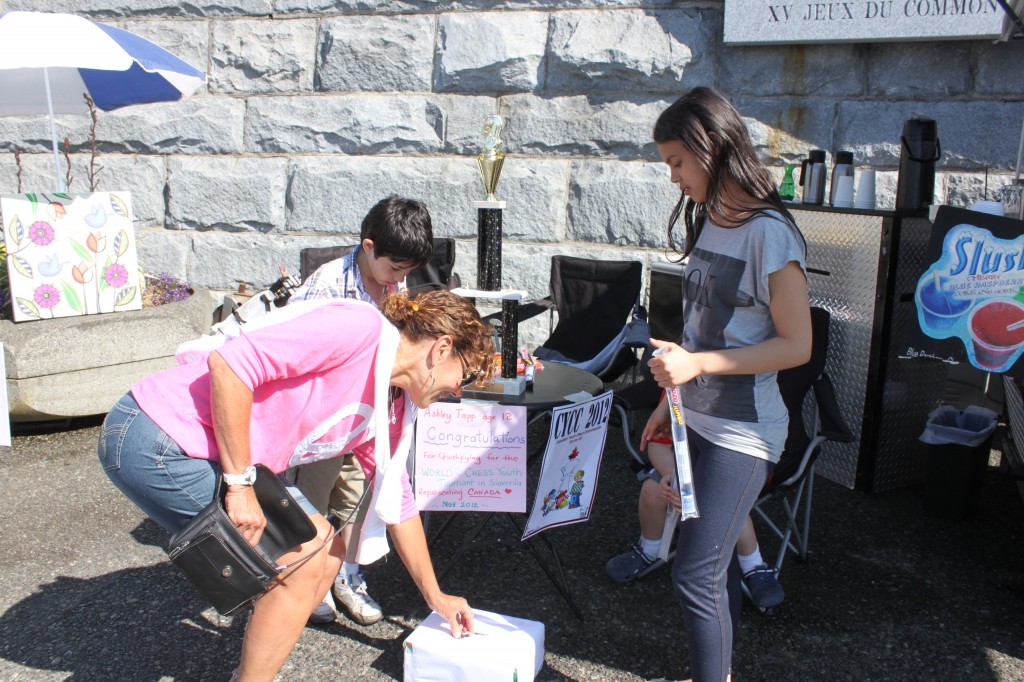 Thank you everyone who bought a freezie and donated

After I returned to Vancouver I played some fun chess at a drop in chess hangout at a coffee shop named Tim Hortons downtown. It was fun and I was the only child that played there. I knew the regular players and was winning many of my games. Blitz chess was not a good idea though and my coach advised me to stop playing Blitz before the WYCC.

The next fundraising spot I played at was The Kids Market on beautiful Granville Island near my home. They were very kind to invite me to play there. At the Kids Market there were many families with very young children. I still found some strong players, but mostly they were beginners. If was a lot of fun and familes wanted to know about chess and asked many questions.

I had a great time playing at the Kids Market and meeting many famiies. I did think about wanting to play more experienced strong players because I knew I had to get practice too before the WYCC,  so I went back to playing downtown Vancouver. My favourite place was outside the Art Gallery because there were many tourists visiting downtown and I enjoyed meeting people from different countries and hearing about chess around the world. 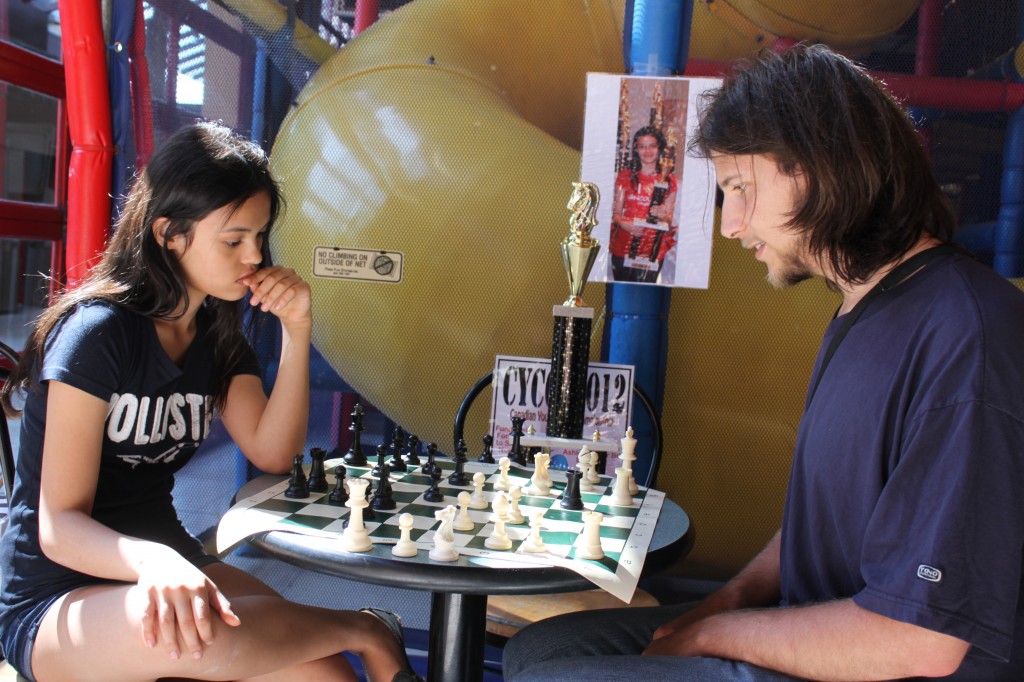 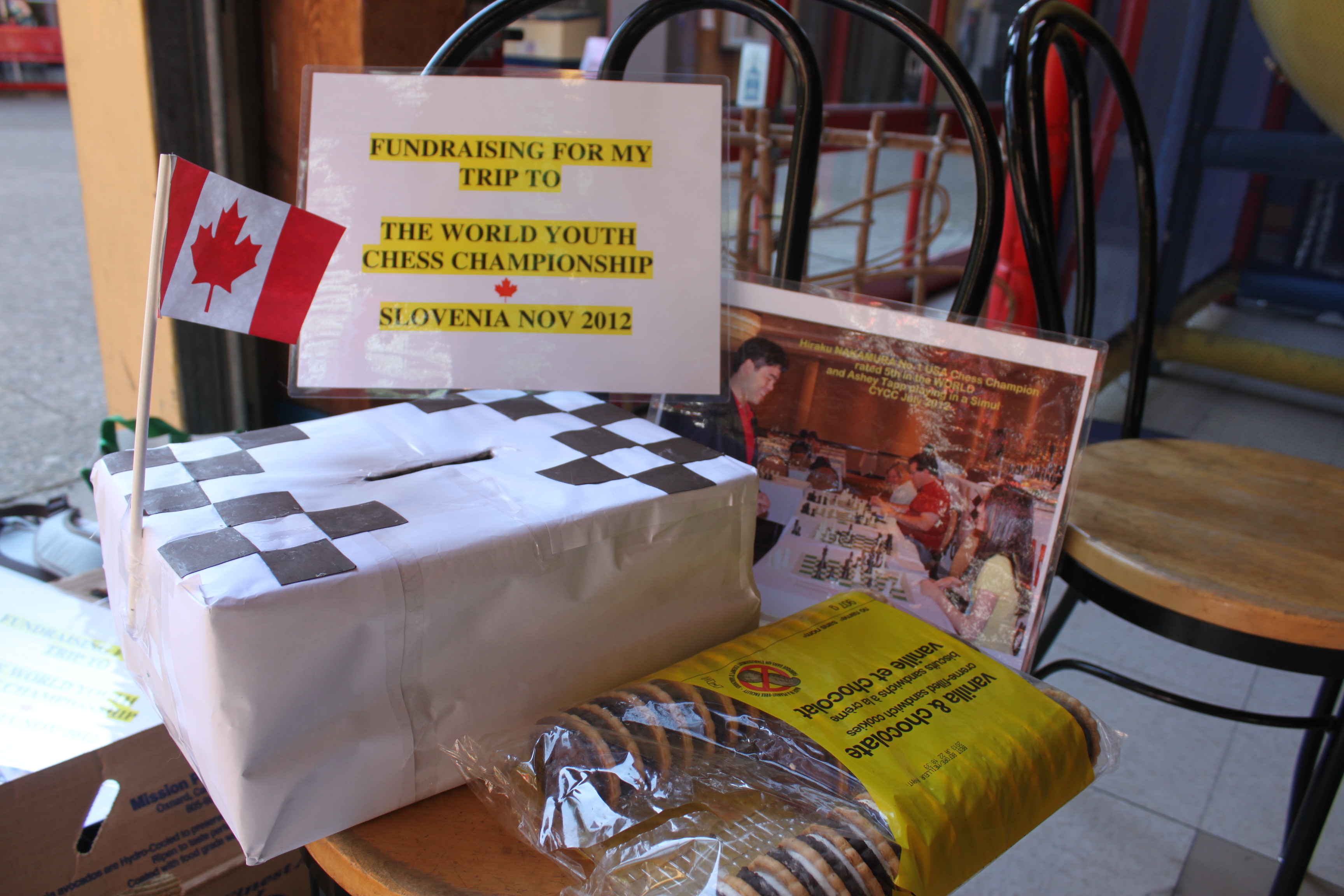 Play a game of chess and eat a cookie

Playing Chess with People Passing by was really fun in my city Vancouver!!

The biggest book Store I know is in my neighbourhood Chapters on Granville St and Broadway. I emailed them and asked them if they were ok if I can visit and was very surprised after a couple emails to be invited to play there. The book store felt really special. I helped a staff member pick out some chess books and put them around the table that they set up for me.

Again I was happy to see people wanting to play chess with me, and again people wanted to know about chess and about why I had to fundriase to go to a World Tournament. It gave me faith that people really cared and that it seemed that people wanted me to make it to Slovenia. I was very happy to hear this.

I guessed how amazing it must be for an author sitting in a book store signing a new book. It was really speacial that they let me do my chess fundraising in their store. I am really grateful to Chapters.